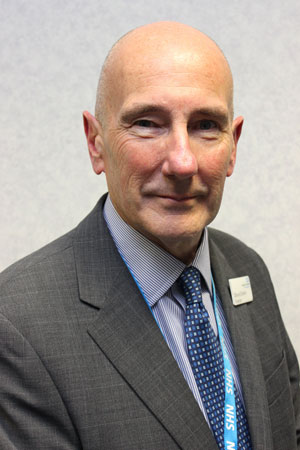 Steve has over 20 years board level experience in both the public and private sectors.

He was previously the chairman of Poole Hospital NHS Foundation Trust and sat on the Dorset Integrated Care System partnership board. He was also vice-chairman at Portsmouth Hospitals NHS Trust and has been an NHS non-executive director since 2011.

As a business development director for L3 Communications, a large US technology company, Steve was responsible for the delivery of intelligence and information systems into a range of domestic and international markets. During this time he led a multi-company team on the implementation of a new national child protection technology system to 46 police and law enforcement agencies in the UK.

Between 2005 and 2010 Steve was the Integrated Service Management Director for a large Home Office agency. He was responsible for the delivery of operational services in the UK and 40 countries worldwide.

Steve’s career started at Ordnance Survey where he worked his way up through the organisation to become the main board director responsible for technology, product management and the full paper mapping production business. During this time he was the strategic relationship lead for external organisations and partners such as the Countryside Agency, DEFRA and MoD and also represented the UK on the management board of the European association for national mapping, cadastral and land registration authorities. 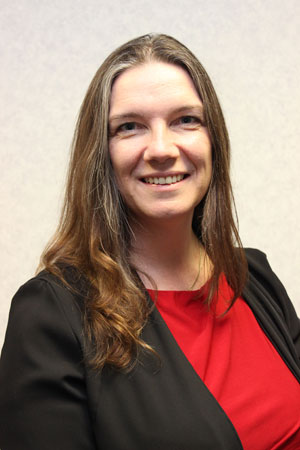 Alex started her career in operational management at ExxonMobil’s Fawley Oil Refinery and holds an engineering degree from Cambridge University. After 13 years at Exxon, Alex moved to the NHS.

Her first NHS role was at North Hampshire Hospital in 2005 and during her time there she covered areas as diverse as project management, governance, productivity and operational management of the Emergency Division. She went on to become chief operating officer at Winchester Hospital.  From 2012 to 2017 Alex was chief operating officer for Solent NHS Trust which provides community based physical and mental health services in Southampton, Portsmouth and parts of Hampshire.  She became chief executive of Hampshire Hospitals NHS Foundation Trust in 2017. 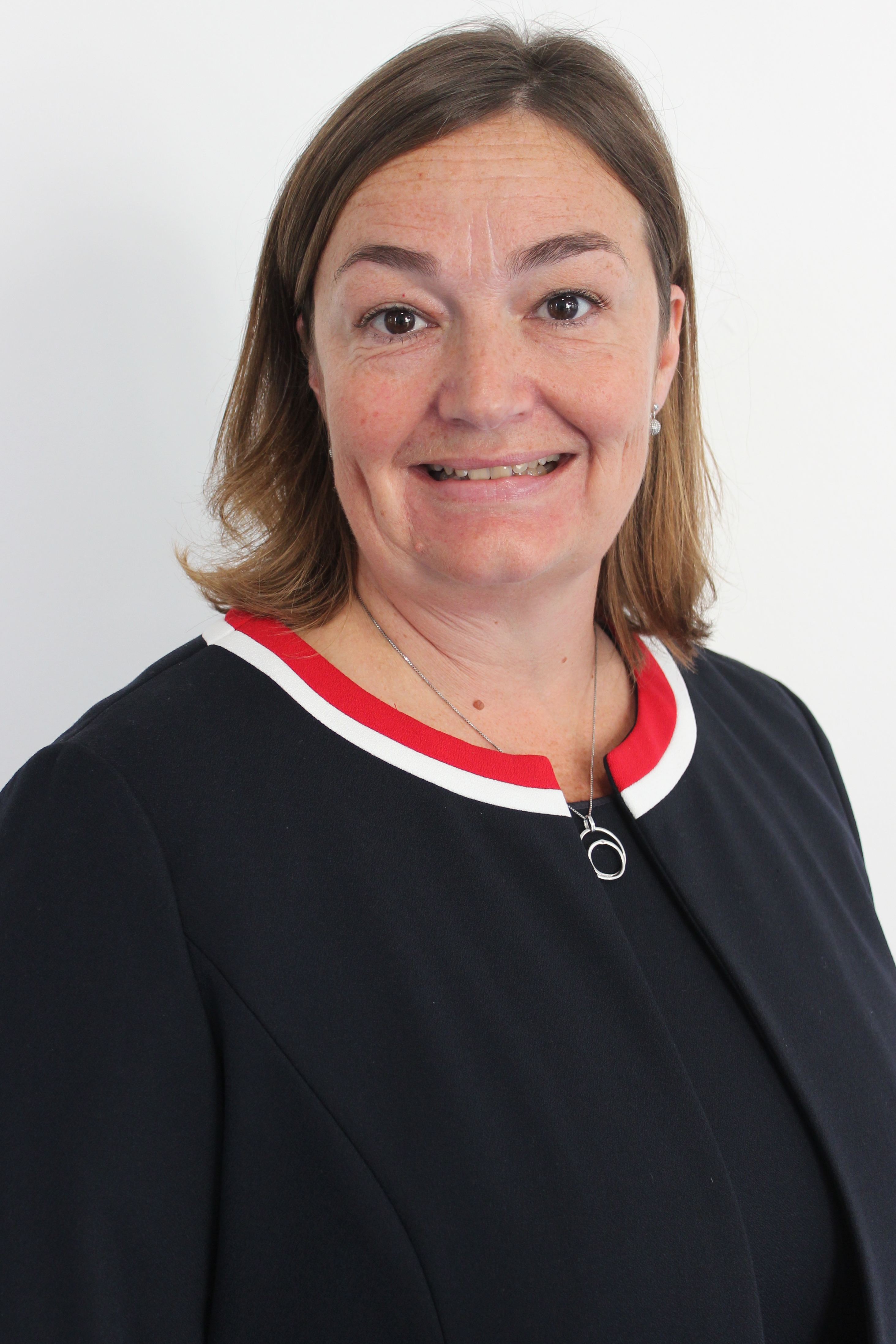 Lara qualified from the University of Southampton in 1995.  She trained in general medicine in Wessex, later completed palliative medicine specialist training in the South Thames Deanery and was appointed to the Trust as a consultant in palliative medicine in 2005.  She has held a number of leadership roles within the trust as clinical lead for palliative and end of life care, clinical director for cancer services, associate medical director and divisional director for medical services.  She was appointed as chief medical officer for the Trust in September 2019. 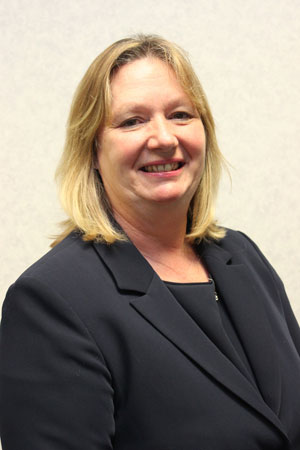 Julie qualified at St James Hospital in Leeds and has worked as a nurse for 37 years. She graduated from Southampton University with a Masters Degree in 2005.

Her clinical background was mainly in cancer and palliative care and is passionate about patient care and drives hard to maintain high standards of care. She has worked in several organisations including UHS, Portsmouth Foundation Trust, Calderdale and Huddersfield and more recently Southern Health. This is Julie's fourth board position. 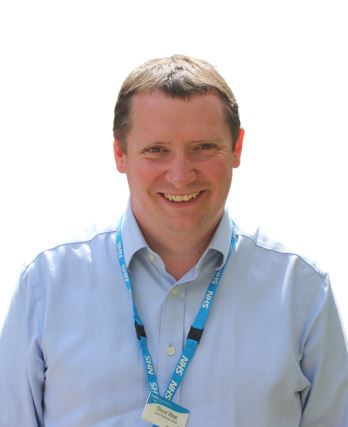 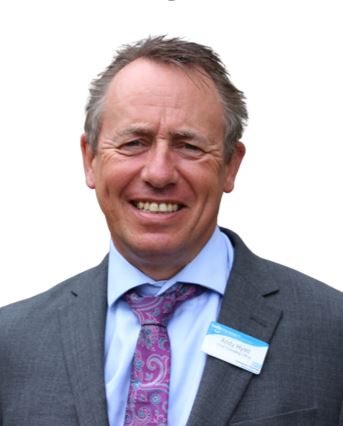 Kieron joined Hampshire Hospitals in 2020 as the Deputy Director of HR and took on the role of Chief People Officer in July 2021.

Kieron has held numerous HR Leadership roles at large multinational organisations, spanning multiple sectors and regions. Prior to joining Hampshire Hospitals Kieron was a Global HR Business Partner and Change Lead for Novartis, a global Pharmaceutical Company.  His career has seen him work across all disciplines of HR, with particular expertise in leadership development, change management and coaching.

Kieron holds a First Class Business Degree and is also a Chartered Member of the Chartered Institute of Personnel and Development (CIPD).  Outside of the Trust, Kieron is a co-opted Governor and Committee Chair for a local Junior School. 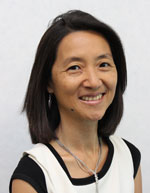 Shirlene is responsible for working collaboratively with partners in the health ecosystem including the public, commissioners, providers of health and social care services, local authority, the voluntary sector and private sector, to develop its strategy to provide outstanding care to patients and to improve the health and wellbeing of the population it serves. This includes the strategy planning process, which links the clinical, financial, estate and digital/technology planning cycles into a coherent whole Trust strategy, work with the Local Care Partnership join acute care seamlessly with primary, community, mental health and social care plans and work with the Hampshire & Isle of Wight STP on its Strategic Delivery Plan.

Shirlene has worked in both public and private sectors and has previously held senior positions at GlaxoSmithKline including Vice President, Sustainable Health Lab and Vice President, Supply Strategy, and at Imperial College Health Partners as Director of Innovation, Commerce & Capability. She has a PhD, MBA, Certificate in Population Health and is a Fellow of the Royal Society of Chemistry. 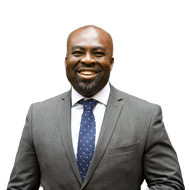 Dominic has broad experience in both the private and public sectors and lives locally in Hampshire.

He is currently Director of Pensions & Government Recruitment at the Cabinet Office where he leads a combined team of c500 civil servants, bringing together the two ends of employees’ work lifecycle – Recruitment and Retirement. His team delivers over 70% recruitment into key roles across government and his pension team manages the benefits of over 1.5million Civil Service and 400,000 Royal Mail Statutory pension scheme members, and the corresponding scheme liabilities of £308billion and £51billion respectively.

He was previously Director of Strategy & Change for Civil Service HR until February 2020.

Prior to joining the Civil Service in 2017, Dominic worked in consulting and operations roles in the private sector. He began his career at Norwich Union (now Aviva) in pensions and actuarial roles before moving to Aon Consulting in 2007 where he held senior management roles. He went to head up the BAE Systems Pension Operations with Equiniti in 2015.

He holds other board membership roles within civil service and beyond including as Member of Whitehall & Industry Group HR Advisory Council and is currently Senior Responsible Officer for two Government Major Programmes. He is also the Executive Chair of 29th Odiham District (Pondtail) Scout Group and a Governor at a local Special Needs school, both in Hampshire.

Dominic’s favourite pastime is spending time with his young family in Hampshire. He is passionate about football, both watching and playing and an avid supporter and season ticket holder of Norwich City FC, which he has done for many years through thick and thin - a good test of his resilience.

Jos started his professional life in the Department of Health and Social Security as a government statistician, advising the BDA and the BMA in medical research analyses, working with major hospitals in the UK on clinical trials.

He is a past president of both the ‘British Computer Society’ and of the ‘Society of Innovation, Technology and Management’ (Socitm), and for over a decade he was CIO and latterly CDO for Hampshire County Council. He chairs the Open University School of Computing Industrial Board and is an NED for the Department of International Trade on the Risk and Audit Committee covering cyber, digital and information risk.

Jos runs his own digital consultancy and advisory business, providing advice to public and private sectors on digital and IT strategies, business risk, marketing, and customer service, and has worked for over 250 organisations. He also undertakes research, event facilitation and lecturing for a range of universities and professional bodies in the UK and internationally, including on topics such as health and social care, public administration and cyber risk. 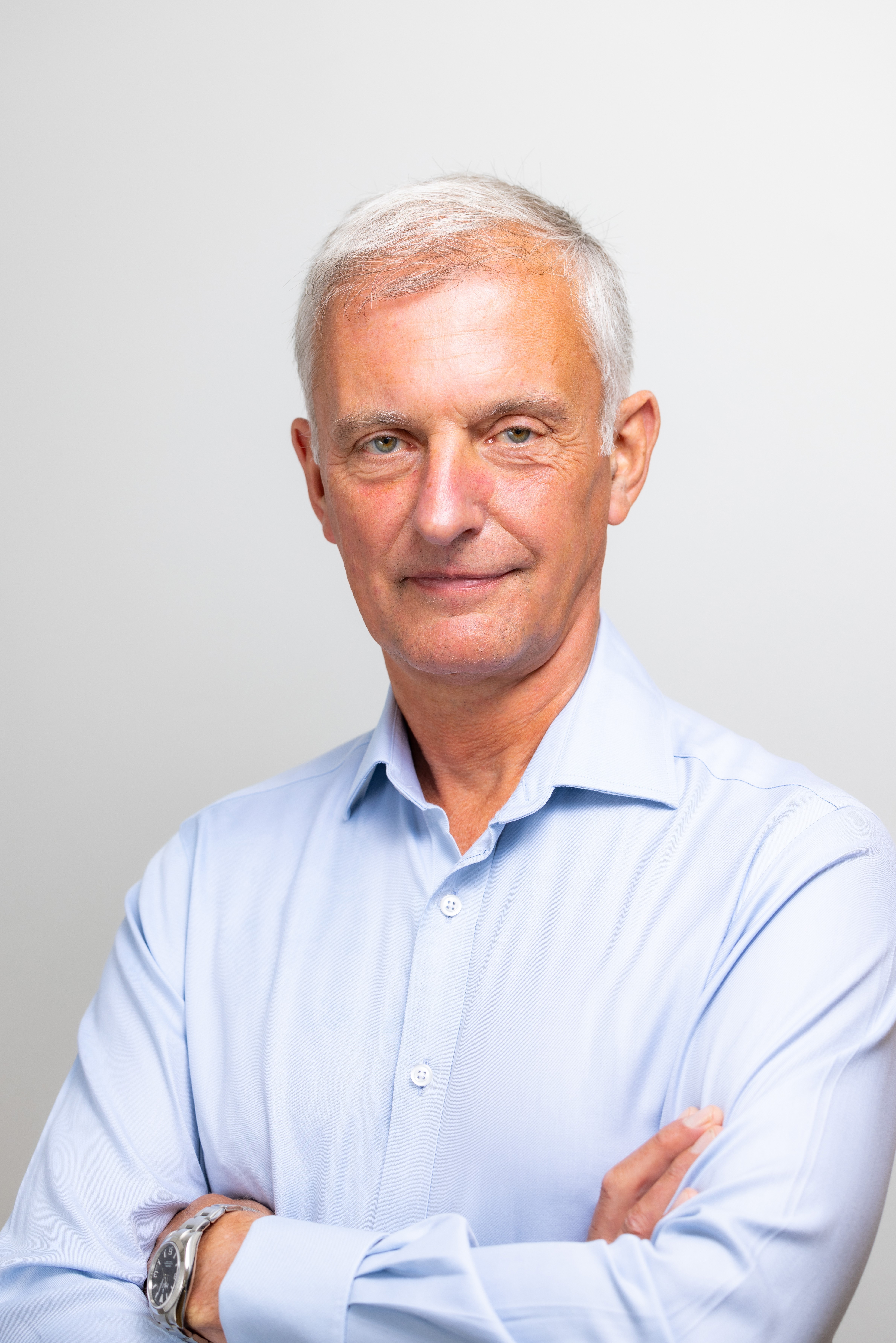 Before joining HHFT, John was General Manager in GE Healthcare, a major US-based international medical technology company, leading business partnerships with some of the largest and most successful hospitals across Europe, the Middle East and Africa.  In this role John was accountable for aligning multiple commercial, technological and, crucially, people to successfully deliver value and outcomes for patients and staff.

John’s previous career includes 16 years as a strategic healthcare consultant, advising public and private healthcare organisations nationally and internationally on business transformation, enabling technologies, organisational design and commercial viability.  For 6 years he was the CEO of Finnamore Limited, a thriving independent consultancy firm within UK prior to orchestrating its successful sale and integration within GE Healthcare.

Following his training to become a chartered engineer, John’s early work experience includes 18 years as an officer in the British Army in various leadership roles.  John retired from the Army in 2000. 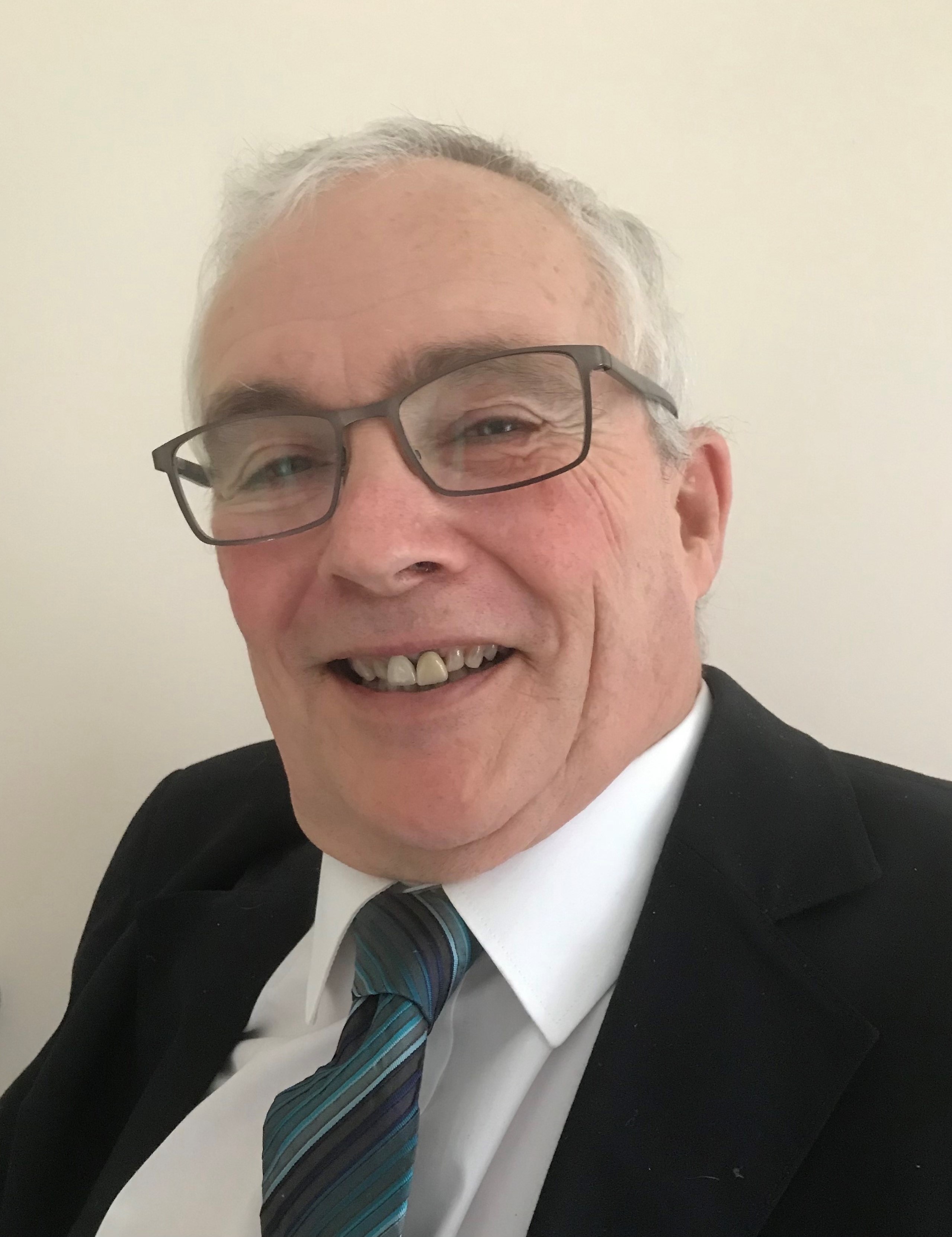 Over the last 20 years, Stephen has gained board level and senior executive experience in a range of private, public, and not-for-profit organisations including within the NHS and advisory roles to Government.

Founder and chief executive of Disability Matters Limited, a research and consultancy business with expertise in health and safety, sustainability and diversity with an emphasis on access and mobility, Stephen’s lived experience as a wheelchair user will also bring valuable insights to the trust Board.

Stephen holds Non-Executive Director positions for Palace of Westminster Restoration & Renewal Delivery Authority, and Network Rail. His career also includes sitting on the board for the Olympic Delivery Authority and Board Champion for Equality and Diversity, and was listed in Power 100 of the most influential disabled people in Britain.

Simon Holmes trained in medicine at St Marys Hospital, London qualifying in 1984 and then underwent surgical training in and around London, before specialising in Urology which included completion of a higher surgical research degree. Simon then climbed the specialist ladder before being appointed a consultant in Portsmouth Hospitals Trust in 1995.

During his surgical career Simon sub-specialised in Urological cancer surgery and also established a research unit in the department. His interest in cancer therapies led to involvement in the national cancer networks and he became medical director of the Central South Coast Cancer Network in 2007. Simon was then appointed to the role of medical director of Portsmouth Hospitals Trust in 2010, a post which he held until 2017 gaining board experience of a large acute Trust during this time.

Simon retired from clinical practice at the end of 2018.

Laks is a fellow member of the Chartered Association of Certified Accountants (ACCA) with 20 years of experience in the utilities, aviation, health, education and telecommunications industries.

He qualified with Southern Electric PLC before moving to British Airways as Finance Controller for one of their subsidiary company’s, Speedwing International (SIL). Laks was involved in the successful sale by British Airways of Speedwing Mobile Comms to Spice Holdings PLC and was asked to join the board of the newly formed company, AirRadio Ltd as their Finance Director.

Laks has recently left his role as CEO of FedBucks, the GP Federations in Buckinghamshire. He led the organisation from start up to being a significant player in the Bucks Integrated Care System.

Clancy Murphy is currently the Chief People Officer for Chemring Group PLC at a global FTSE 250 defence and technology business. Having spent her early career in a variety of HR roles at Deloitte,  she joined Equiniti in 2012, and became the first female – and the youngest - Executive Board Committee member. Clancy subsequently undertook a Partner role for Drax, with an objective to build and lead the Leadership Advisory Practice. After working with Chemring Group PLC as a client, she was approached by them to lead their Global People Agenda from 2018.

People truly are at the heart of what Clancy has built her career on.  She has a key role in delivering  the Chemring  ESG strategy and has an enduring focus on DE&I which she has led in many of her previous roles as well as now at Chemring.

Ruth has long experience of securing quality improvements for patient care. She most recently worked as the Director of Nursing for NHS England, Wessex and latterly Hampshire, Isle of Wight and Thames Valley. In this capacity she led the quality team, and worked with commissioners and providers of health care to ensure and support improvement and strategic planning for quality care. Ruth’s responsibilities in this role also included ensuring that patient experience and safeguarding duties were met across Wessex and Hampshire and Thames Valley. In addition she worked closely with Health Education England on workforce development.

Ruth is also a Trustee of Langley House Trust charity and a Member of Gosport and Fareham multi academy Trust Board.