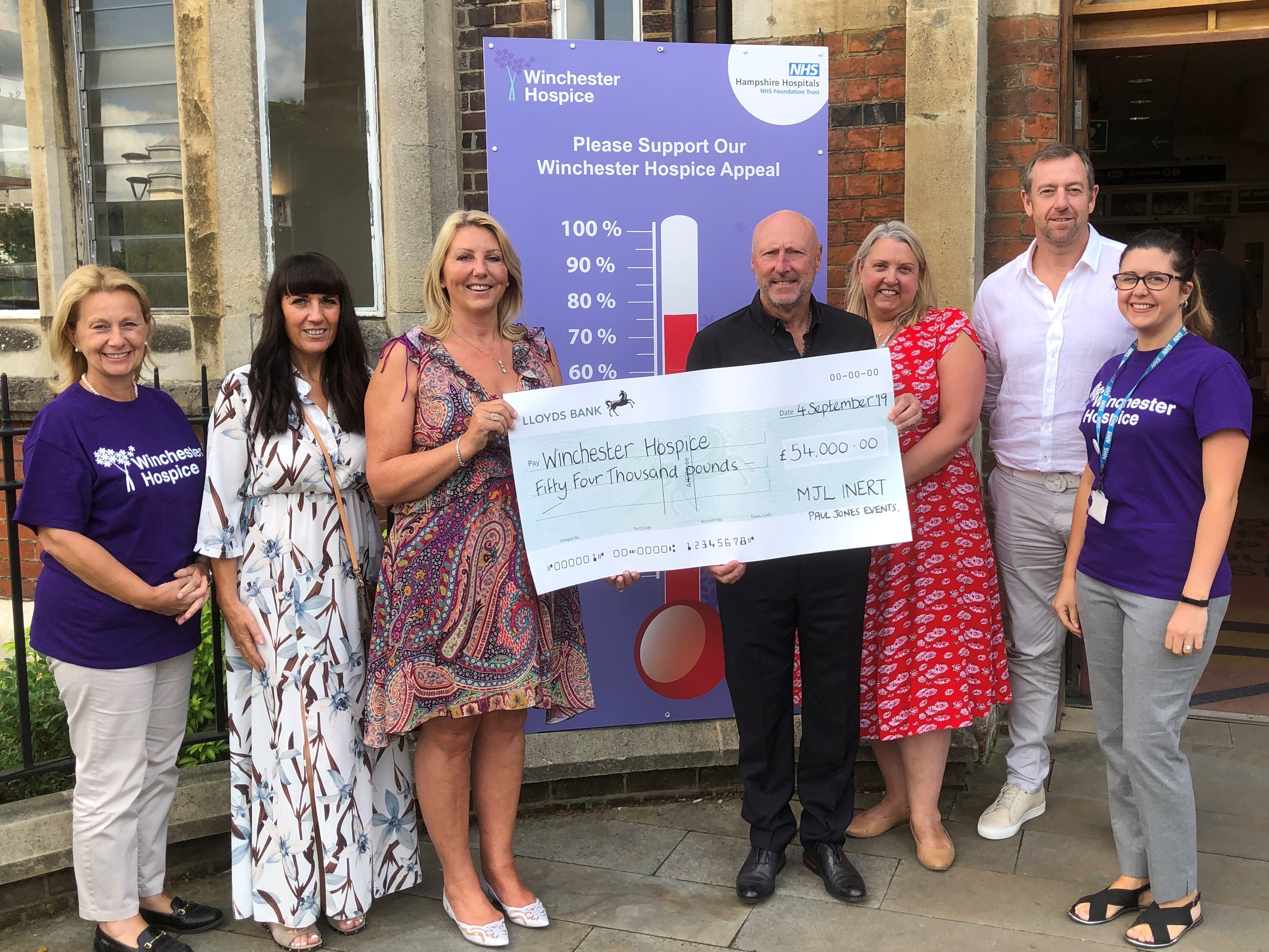 The event was the brainchild of Mandy and Keith Larner, who decided that they wanted to fundraise to help Royal Hampshire County Hospital when Mandy was undergoing treatment for breast cancer on Nick Jonas Ward at the Winchester hospital.

Staff on the ward introduced the couple to fundraisers from Winchester Hospice, who are raising the money needed to turn Burrell House, on the site of Winchester hospital, into a hospice for the city.

Mandy and Keith enlisted the support of their friend and former Saints ’keeper, Paul Jones, and his wife Annette, who agreed to host a golf day alongside them.

Mandy said: “Coming to the hospital for my weekly treatment, I got to know the staff on the Nick Jonas ward really well and when I finished my treatment in January, I wanted to do something to say thank you.

“When I heard about the efforts of the staff at the hospital who are trying to raise the money to open a hospice in Winchester, I wanted to help.

Guests travelled from all corners of the country to support Mandy and Keith and the day raised an incredible £54,000 for Winchester Hospice. In addition to the golf, auction lots included the chance to borrow a private super yacht, as well as the opportunity to play golf with European Tour player Robert Rock and former Open runner-up Mark McNulty.

Paul Jones said: “Annette and I have been friends with Mandy and Keith for a long time, so we were only too happy to help them organise an event to say thank you to the hospital.

“We are all delighted with how much the event raised.  We’d like to say thank you to everyone that donated amazing auction prizes and who came along and gave so generously.”

The four friends are now busy organising next year’s Golf Day on 21 April 2020, again at Remedy Oak Golf Club. The auction prizes are set to be equally impressive, with the hire of a private jet already confirmed.

In addition to providing inpatient services, Winchester Hospice will act as a hub for specialist palliative care in the community through outpatient services, therapies and caring for people in their own homes, supporting patients with long-term illnesses.

An incredible £2.3 million has already been raised from fundraising efforts, and it is hoped that with the continued support and fundraising of the local community, the doors to Winchester Hospice could open next autumn.