“I'm not scared of coronavirus. I've already been through the worst”

The European Day for Organ Donation and Transplantation (EODD) is this Saturday 10 October. The event is held to raise awareness of the importance of organ, tissue and cell donation as a way to improve and save lives.

Hampshire Hospitals is urging staff members and the Hampshire community to talk to their families about organ donation to increase the number of people whose lives can be saved or transformed by an organ transplant.

In 2002, Miranda Hughes went through a live-saving liver transplant following a brief serious illness. A few months ago, she made the decision to step down from nursing and use her skills to help train others at Hampshire Hospitals as part of the education and workforce development team. Now, she has decided to share her story to raise awareness of organ donation to support European Day for Organ Donation and Transplantation (EODD).

At the beginning of the pandemic, people that had gone through an organ transplant were one of the first groups on the list for shielding. Miranda discussed on the implications COVID-19 had on people like her: “I think there is a very big lack of understanding about the immune system that one can build up. I have been very healthy for at least 10 years after my transplant, but I was being categorised as though I had a transplant yesterday, but it is very different as you go through different milestones. I'm not scared because I've already been through the worst”.

At 26 years old, Miranda was travelling around Southeast Asia and Australia when she went from being a very healthy person and never having been in hospital, to being extremely ill. She was constantly sick and couldn't eat anything, which resulted in a dramatic weight loss in a very short period of time. A lot of doctors dismissed her initially thinking she had Hepatitis A and told her to go home. Eventually, more supported diagnostics pointed to her having been bitten by a parasite, possibly in Myanmar (Burma) which is believed to be the reason why she went into subacute liver failure.

At that point, Miranda’s life had a drastic turn around. She was rushed back to England and collapsed at the airport immediately after arriving. She was admitted to intensive care unit straight away and casted as an emergency. About a month later, she was lucky to receive a transplant from someone that had sadly died in a car accident. Despite the tragedy, the family of the deceased said yes to organ donation, which changed the lives of multiple patients. She had a very long recovery period and had to spend six months in a wheelchair.

Going through that experience at such young age left Miranda with a lot of psychological issues and last year she was diagnosed with PTSD. At the time, there was very little wellbeing care support and it was a case of “be grateful, you have been saved. Go off and live your life”. However, Miranda admits there have been great advances over the years that made it a lot better. She recalls social media having played a major role in finding support and people that have been through the same.

Organ donations are anonymous, but Miranda will 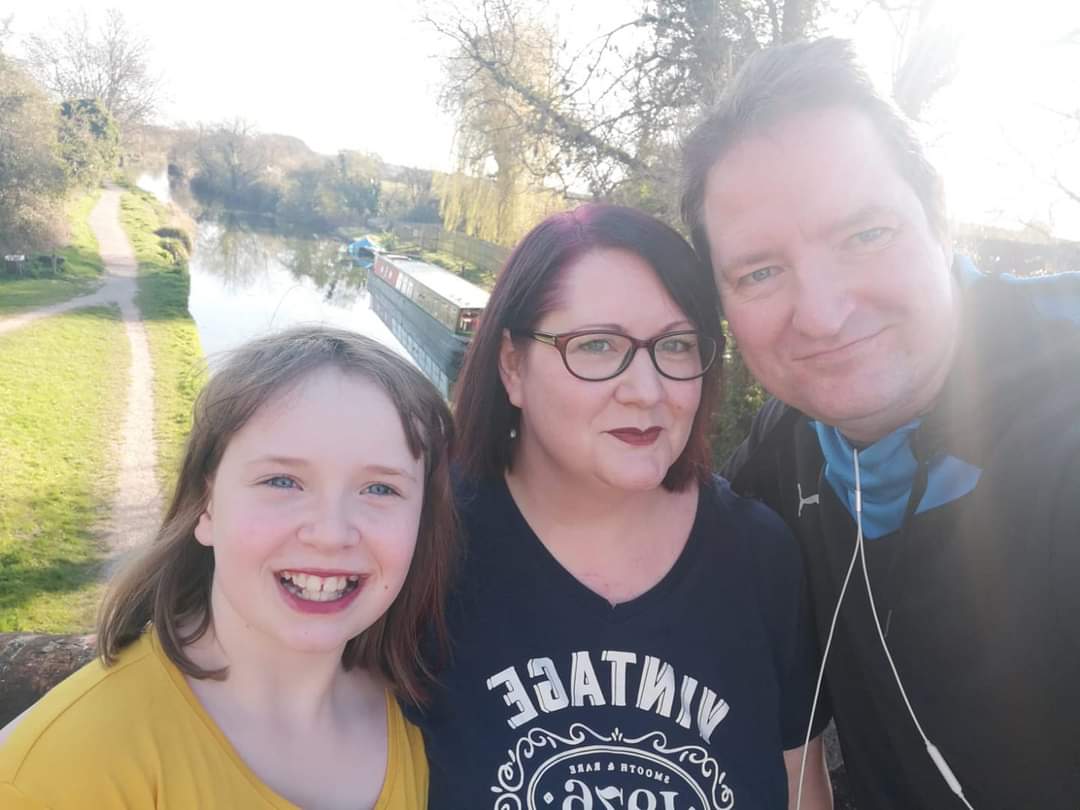 forever be grateful to them and feels very fortunate for having a healthy daughter, who is now 11. The birth of her daughter had a big impact on Miranda’s confidence, it was then she started sharing her story with others. She would like anyone to donate if her daughter needed it and that – alongside her personal experience – encouraged her to raise awareness of the important of sharing your organ donation decision with your loved ones.

A lot of people had been calling for a change in the law around organ donation, and it finally came into place in England on May 2020. All adults are now considered as having agreed to donate their own organs when they die, unless they record a decision not to donate, are in one of the excluded groups or have told their family that they don’t want to donate.

These conversations are especially important for local residents from BAME backgrounds. Around 30% of the transplant list are people of a BAME background. However, they often wait longer as the best match will often come from someone of the same ethnicity and only around 8% of organs were donated from Black, Asian, and minority ethnicities.

Find out more and register your decision by visiting NHS Organ Donor Register at www.organdonation.nhs.uk and share your decision with your family.