Two talented members of staff from Hampshire Hospitals are celebrating after claiming top-five finishes at the multi-sport European championships.

Tracey, who cares for patients on an elective orthopaedic ward at Basingstoke and North Hampshire Hospital, got her first podium position after finishing third in her age group in the aquathon, which consists of a 1km swim and 5km run. 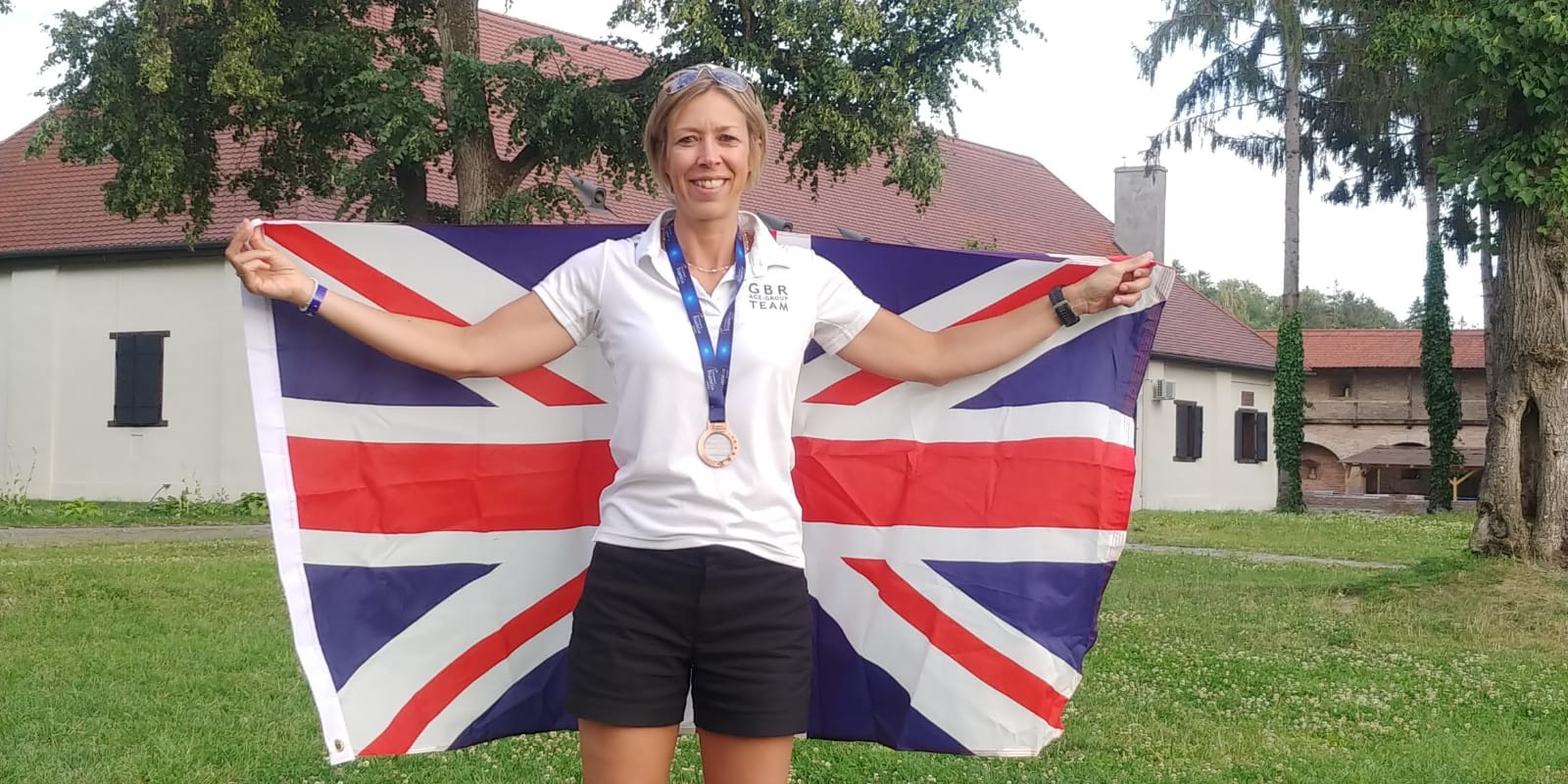 Fitting in training around busy shifts on the ward isn’t always easy, but Tracey says it’s a great way to relieve stress as well as keeping fit. A typical training session for Tracey consists of a 20mile cycle followed by an outdoor swim.

As well as being a proud member of HHFT, Tracey has been part of Team GB since 2016. She said: “It was fantastic to get my first podium position. I was really surprised, as you never quite know who your competition will be, but the whole event was a great experience and it’s a privilege to be part of the GB team, as well as the HHFT family.”

Tracey’s calendar is busy with other qualifying events throughout the year, and she has already qualified for next year’s world championships in Canada, where she’ll be taking on the triathlon.

The two Hampshire Hospitals NHS Foundation Trust staff members met at the event in Romania, discovering they were colleagues as well as GB team mates.

Caroline Partner, who also works at Basingstoke hospital, came an impressive fifth in her age group in the sprint distance duathlon.

The duathlon was Caroline’s Team GB debut. She qualified for the European championships last October in very wet and windy conditions, worlds away from battling the heat in Romania on race day. 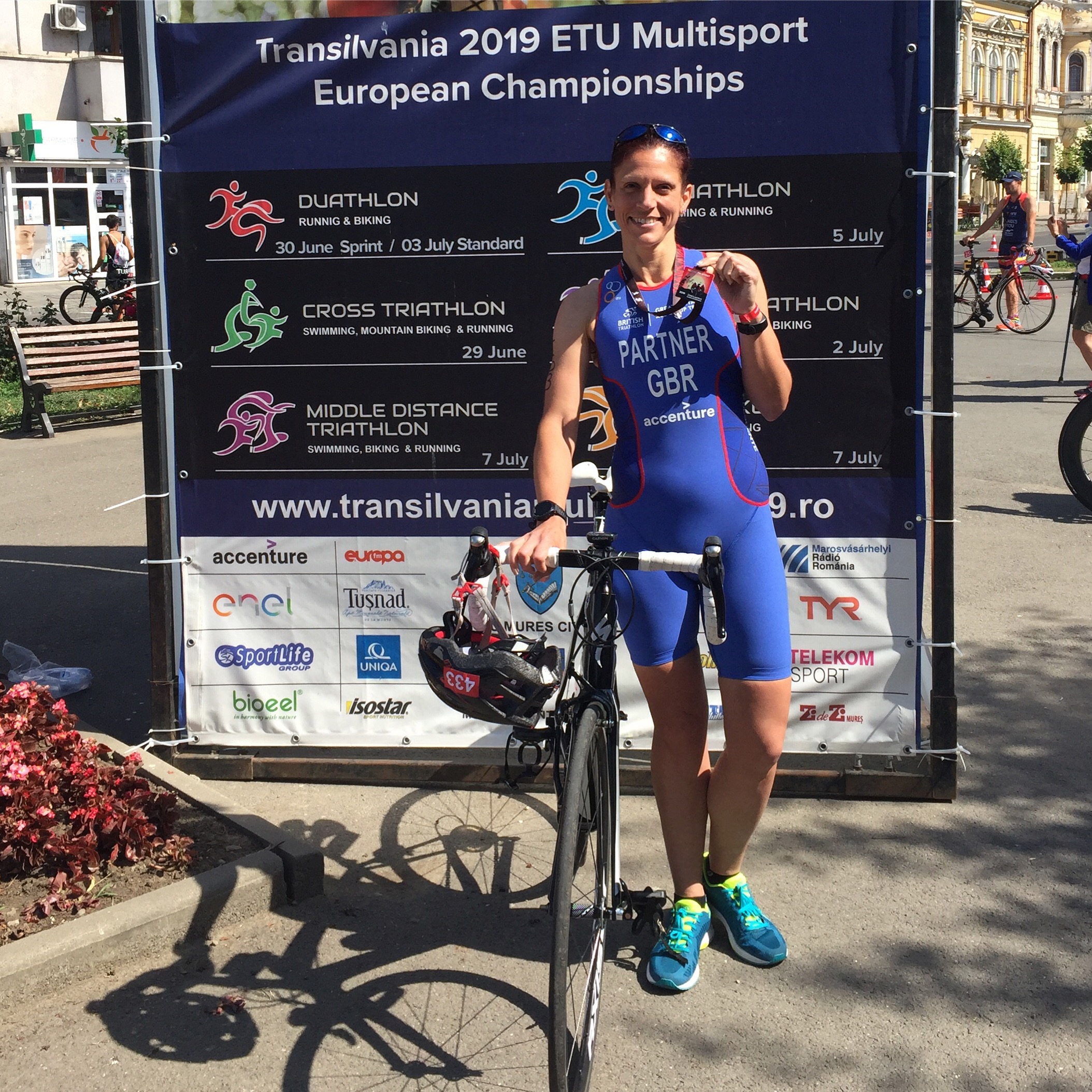 The event consisted of a 5km run, followed by a 20km bike ride, before a final 2.5km run. Caroline was one of 311 athletes taking part in the challenge in the hot weather, which rose to around 27 degrees.

Caroline said: “It was an amazing experience to be a part of and I’m pleased to say that I have qualified for next year and will be competing again in the European championships.

“I want to say a huge thank you to everyone in my team for their support. I can’t wait for my next challenge!”

Caroline trains five or six times a week, often starting around 5am to fit in with a busy work and home life. Her sporting background is in running and she has competed in various distances from sprints and 5km races up to half marathon distances. She has also completed nine marathons, and is looking to complete her landmark 10th marathon next year.